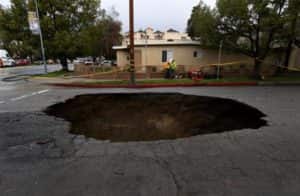 PSBR attorneys Kevin Boyle and Andrew Owen obtained a $4,000,000 settlement against the City of Los Angeles for a woman who suffered catastrophic injuries after driving into a large sinkhole that suddenly opened up on the road, causing her vehicle to fall 20-feet below and land upside down in a pool of raw sewage. The settlement was unanimously approved with a 12-0 vote by the Los Angeles City Council on Wednesday, December 4, 2019.

“We are pleased that the City has taken responsibility for its gross negligence in maintaining its sewer lines that has left Ms. Scott with life-changing injuries,” said attorney Kevin Boyle. “We hope that this settlement can improve the quality of her life and that the City will take a good, hard look at their policies and procedures regarding maintenance of its aging sewer system to ensure no other Angeleno suffers through such a horrific experience again.” 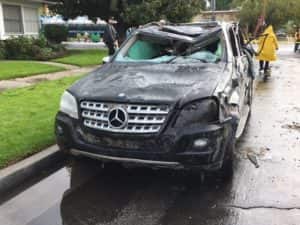 On the evening of February 17, 2017, Plaintiff Stephanie Scott had just left work at CBS Studios on Radford in Studio City where she was employed as a makeup artist. As she neared the intersection of Woodbridge and Laurel Canyon Boulevard, suddenly and without any warning, a large sinkhole opened and Ms. Scott drove into it, falling approximately 20-feet below.  Her SUV landed upside down on its roof in a flowing river of raw sewage.  The roof was crushed and she was knocked unconscious.  When Ms. Scott regained consciousness, she managed to unbuckle her seatbelt, extract herself and make her way to the top of her vehicle to scream for help. As raw sewage continued to fill the sinkhole and a minivan teetered on the edge, local firefighters arrived to the scene and rescued her.  She escaped the hole right before the other vehicle fell onto where she would have been standing. 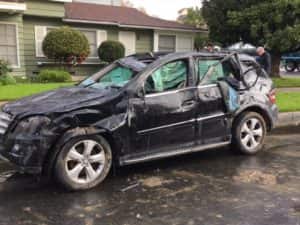