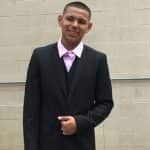 The Guardado family has waited for nearly two months for answers regarding the LASD investigation into Andres’ death and have been repeatedly told nothing will be released so as not to jeopardize the ongoing investigation. We find it convenient that LASD – the largest sheriff’s department in the world – instead released a poorly edited video as evidence to justify a shooting that clearly only reveals a scared 18-year-old literally running for his life.”

The Sheriff’s Department has once again failed the Guardado family who were hoping today would be the day for truth in Andres’ death. Instead they witnessed LASD’s veiled attempt to deflect news of its own internal gang of sheriff’s deputies at its Compton Station known as the “Executioners”  who have terrorized the community for far too long. We will continue to seek the truth in Andres’ death and we’ll not rest until those responsible are brought to justice.”