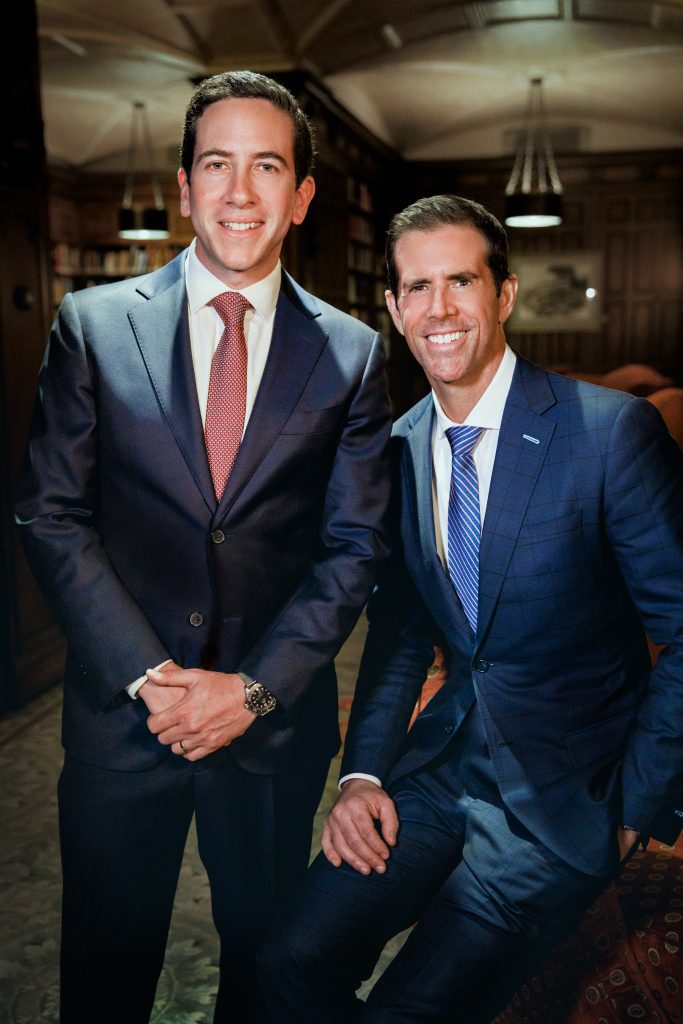 Panish | Shea | Boyle | Ravipudi LLP attorneys Spencer Lucas and Robert Glassman have been elevated to the position of partner with the firm, effective January 1, 2022.

“Spencer and Robert are a part of the future of the law firm. They have earned this recognition by their commitment to the firm and its clients,” said founding partner, Brian Panish.

Since joining the firm in 2007, Mr. Lucas has obtained numerous eight-figure verdicts as lead counsel including in Zastawnik v. Asplundh Construction ($19,466,000), Huayanca v. Southland Transit District ($17 million), and Doe v. Fitness Alliance ($13 million). He has also secured several landmark settlements, including a $48.5 million settlement as well as a $30 million settlement, for survivors of traumatic brain injuries.

“It is an incredible honor for me to reach this career milestone with PSBR,” said Spencer Lucas, adding, “I’m very grateful for the mentorship the other partners have given to me over the years and I look forward to our continued success on behalf of our clients.”

Mr. Lucas received his Bachelor of Arts degree in Business Administration from University of Washington and his Juris Doctor from Pepperdine University School of Law . He is an active member of the American Board of Trial Advocates (ABOTA), Consumer Attorneys of California (CAOC) and the Consumer Attorneys Association of Los Angeles as well as a member of the State Bar of California, the District of Columbia Bar, and the Washington State Bar Association. A fluent Spanish speaker, Mr. Lucas works with many of the firm’s Spanish-speaking clients. He also has a robust pro bono practice providing legal services to the Spanish-speaking community in Southern California.

Robert Glassman is a trial lawyer representing plaintiffs in large and complex personal injury cases and a recognized leader in the Los Angeles legal community. He has secured numerous seven-figure verdicts as lead counsel and, in the last four years, has successfully negotiated settlements for $32.6 million in a product liability case, $16 million in a premises liability case, $12.45 million in a motor vehicle collision case, and $10 million in a dangerous condition of public property case. His work on two high-profile school injury cases – Lee v. Pupil Transportation Cooperative and Pierce v. Murrieta Valley Unified School District – led to significant reforms at the school districts where the tragedies occurred and helped to establish new child safety laws in California. The Consumer Attorneys of California selected Mr. Glassman as a Consumer Attorney of the Year finalist for his work on each of these cases.

“Working at PSBR has been one of the most fulfilling and rewarding experiences of my life. I look forward to helping shape the future of the firm and carry on our tradition of providing world-class legal representation to our clients,” said Robert Glassman.

Mr. Glassman currently serves as President of the Southwestern Law School Alumni Association and as Co-Chair of the Association of Business Trial Lawyers (ABTL) Los Angeles’ Young Lawyer Division, and previously served as President of the Los Angeles County Bar Association (LACBA) Barristers. Named a top attorney under the age of 40 by Law360 in the practice area of personal injury litigation, Mr. Glassman joined the firm as an associate in 2010 and has consistently been recognized by legal journals and organizations for his work and contributions in the legal community.

Mr. Glassman received a Bachelor of Arts degree in English from Bucknell University and his Juris Doctor from Southwestern Law School where he served as president of the student bar association.  He is admitted to practice law in California and the District of Columbia.

Both Mr. Lucas and Mr. Glassman serve as frequent speakers on a variety of legal topics and actively contribute articles to various trade publications throughout the country.