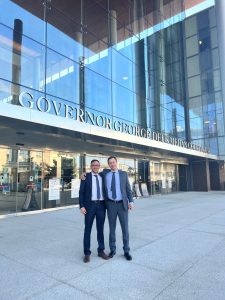 Panish | Shea | Boyle | Ravipudi LLP attorneys David Rudorfer and Wyatt Vespermann have obtained a $26,000,000 jury verdict in Los Angeles County for a former Pasadena Unified School District special education student who was sexually assaulted at school by three of her male classmates. Plaintiff was also represented in the matter by co-counsel, Sheri E. Manuwal and Robert I. Manuwal of Manuwal & Manuwal.

“This verdict demonstrates that all children, regardless of their disabilities, deserve to be protected,” said trial counsel David Rudorfer.

Plaintiff was an 11-year-old student in the special education program for emotionally disturbed children at Focus Point Academy during the 2015-2016 school year — a program staffed, funded and operated by the Pasadena Unified School District. On May 17, 2016, a teacher’s aide was tasked with supervising Plaintiff but instead left her unsupervised with three male classmates who dragged her behind a building and sexually assaulted her.

Despite significant evidence supporting that the assault occurred, the Pasadena Unified School District denied the attack took place, denied the School District’s negligence, and fought for more than five years to deny Plaintiff justice. As a result of the sexual assault, the Plaintiff eventually was institutionalized.

Defendant Pasadena Unified School District was represented in the matter and at trial by Nancy Doumanian of Doumanian & Associates.