Tainted Steroids Cause Rare Fungal Meningitis Outbreak Across The Country 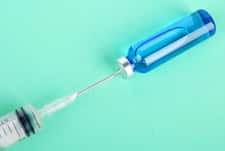 Following reports that patients across the United States had contracted a rare kind of fungal meningitis, the Centers for Disease Control and Prevention decided to launch an investigation that would identify the cause behind this contamination and the scope of the issue. The federal agency is examining the steroids linked to the meningitis outbreak that has already claimed the lives of eleven people and have urged patients who suffered pack pain in the past who may have also been treated with the steroid epidural to seek the attention of a doctor immediately if they have any symptoms linked to the infection.

How Did The Contamination Happen?

The New England Compounding Center in Massachusetts produced and distributed all lots of the steroids that were later recalled by the Food and Drug Administration. The agency reported in an announcement that one vial tested positive for the presence of fungus. The company has now been shut down and its products have been recalled, however, the steroids were previously shipped to 23 states and patients have been treated with the injections for months. The FDA is actively discouraging patients from using any products available from the New England Compounding Center pharmaceutical company.

Patients who may have received injections of steroids seeking treatment for back and neck pains may have been exposed to the fungus. Federal agents fear that because the product was injected directly into patients’ spinal column, the infection caused by the aspergillus fungus developed rapidly.

What To Do If You Think You Were Infected?

Patients who received steroid injections going back all the way to July at:

may have been affected. Patients who may be at risk could suffer symptoms including:
– headaches
– fever
– nausea
– weakness
– other side effects an individual could commonly expect from a stroke.

The Centers For Disease Control And Prevention urge consumers should remember they must not underestimate the threat this recall could pose to them or someone in their family. The lawyers at Panish | Shea | Boyle | Ravipudi LLP are concerned that numerous patients may have been directly affected, without their knowledge, by the dangers these steroid injections have already posed to over one hundred patients across the country. Our attorneys and dedicated staff are offering patients their support.