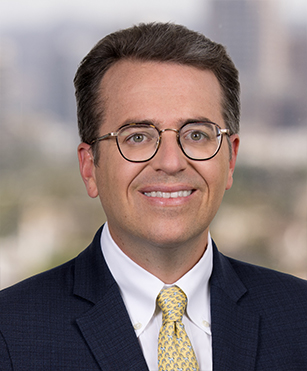 Ian Samson is an attorney with Panish | Shea | Boyle | Ravipudi LLP and focuses his practice on complex, catastrophic personal injury and wrongful death cases throughout California and Nevada.  A tireless advocate for his clients, Mr. Samson has recovered millions of dollars to compensate for death and injuries throughout his career.

Since joining the firm, Mr. Samson — along with firm partner Rahul Ravipudi and attorney Paul Traina – has obtained a $28.5+ million settlement in the case of Sanchez v. Victor Elementary School District, a case involving a young boy who was catastrophically injured after he was struck by a car while walking home from school.  The settlement came on the heels of a trial victory in the liability phase of the case, where Mr. Samson and the trial team successfully argued that the boy’s school district was solely liable for failing to supervise him and provide him with the curb-to-curb transportation called for in his individualized education program.  Days before a jury trial was set to begin on damages, the parties settled.  In addition to the monetary recovery, which will provide the child with the best possible care for the rest of his life, the school district also agreed to review its practices and publish its findings to prevent future, similar tragedies.

Mr. Samson’s career began in San Francisco, California where he represented investors in securities and consumer finance products at a nationally-regarded plaintiff’s class action firm.  Among other matters, Mr. Samson was part of the team representing purchasers of “100% principal protected” investments which turned out to be unsecured Lehman Brothers debt, causing millions of dollars in losses when Lehman went bankrupt in 2008.  After years of litigation, the matter settled on a class-wide basis for $120 million.

In 2013, Mr. Samson moved to Los Angeles and joined a nationally-recognized complex litigation firm where his practice was balanced between complex and class action litigation and personal injury litigation.  During that time, Mr. Samson represented a class of gym members whose contracts violated California law, a photographer who claimed a nationally-known company violated his copyrights, a mechanic who suffered catastrophic burns from a faulty fuel injector, and several residents of a Sylmar, California community who lost their homes to a utility fire.

Since 2017, Mr. Samson has focused most of his practice on representing people who have been catastrophically injured or have lost loved ones, and has used his experience litigating complex actions to maximize his clients’ results.  In 2017, in Rodriguez v. County of Riverside, et al., Mr. Samson represented a family whose father was shot and injured by sheriff’s deputies responding to the wrong home in a federal civil rights action.  After hard-fought litigation, Mr. Samson negotiated a $1.7 million settlement for the family.

In recognition of his work, Mr. Samson has been named a “Rising Star” by the Super Lawyers publication.