Los Angeles County has been rated as the most dangerous place to be a pedestrian for two years in a row. The Governor’s Highway Safety Association (GHSA) has noted that pedestrian fatalities increased 55% from 2009 to 2018 in the United States. Just in 2021, drivers struck and killed an estimated 7,485 people on foot country-wide. This is the most pedestrian deaths recorded in a single year in four decades. In California specifically, the 2020 preliminary data available reported a 5% increase in pedestrian fatalities from 2019 to 2020. If you suffered a pedestrian accident, consult with an experienced Los Angeles pedestrian accident lawyer from Panish | Shea | Boyle | Ravipudi LLP to assist with your case.

It’s no secret to residents of Los Angeles that walking around the city and its outlying areas, can be a risky endeavor, especially at night; nationally, 76 percent of pedestrian fatalities in 2020 happened at night, when it’s more difficult to see. Hit and runs are also a big problem in LA; approximately 60 percent of such accidents in California involved pedestrians so it’s important to know what your options are if you’re hit.

Documenting the scene is always crucial, but it becomes even more so if there is an argument over who was at fault. Noting any stop or yield signs, crosswalks, traffic signals, or the driver’s speed can all help in case the driver tries to pin the blame on you the pedestrian. Sometimes an injury may not make itself apparent until hours or even days later, so even if you don’t believe you are injured, seek immediate medical attention.

If you end up seeking a settlement, waiting to receive medical treatment can affect your compensation, as insurance will say that your injury must not have been that serious if you waited to get treatment. Speak with a Los Angeles pedestrian accident attorney to determine if you have a valid claim and if you are able to recover compensation from the at-fault party. 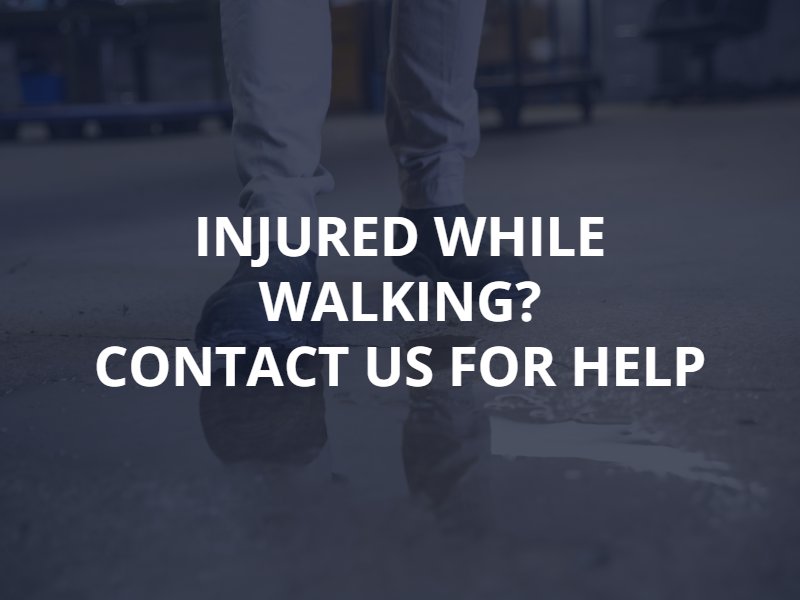 We mentioned hit and run accidents earlier, and it’s important to know that even if the driver flees the scene and no one caught their license plate number or even the make of the vehicle, you can still seek compensation for your injuries.

If this happens, or the driver has no insurance, then your medical insurance will cover any medical bills, and if you have auto insurance, you can still file a claim with them even though you weren’t technically driving. All of this is assuming that the pedestrian has uninsured motorist (UIM) coverage, which is usually required on auto insurance policies.

Can I Recover Compensation if I Was Partially At Fault?

California operates under the pure comparative negligence system, which means that if you the pedestrian was partially at fault, then you may have your compensation reduced. For example, if your settlement is for $10,000, but you are deemed to be 25 percent at fault, then you would only receive $7,500 of that. Documenting everything can prevent fault from falsely being attributed to you. A pedestrian accident lawyer in Los Angeles can help you with a pedestrian hit and run case.

While all of us were taught to look both ways before crossing a street, the fact that a person was careful doesn’t give them the right of way or exempt them from fault as a pedestrian. Of course the driver has the responsibility to not hit someone, but the pedestrian has to take it upon themselves to cross as safely as possible.

According to California Vehicle Code, a driver must observe the following laws in relation to pedestrians:

These laws, while they can absolve drivers of criminal wrongdoing if the law is followed, do not completely take away fault. Even if the person walks across the street without using a crosswalk when the driver has a green light, that driver must “exercise due care” to avoid hitting a person, even if the pedestrian could be found 100 percent negligent in a lawsuit. The same goes for the pedestrian. You cannot suddenly step off the curb if the cars are near or stop in the middle of an intersection or otherwise obstruct impending traffic even if you have the right of way. Basically, driver and pedestrian alike must be aware of their surroundings.

Most Dangerous Intersections in Los Angeles for Pedestrians

The LA Times conducted a massive study in 2015 which broke down, by intersection, every single pedestrian accident and fatality in Los Angeles County. It examined 817 intersections over a 12-year period, and found that the most dangerous one was Slauson Ave. & Western Ave., which saw 40 pedestrians get hit by cars over that time span, two of which were killed.

Hollywood Blvd. & Highland Ave., and MLK Jr. Blvd. & Crenshaw Blvd. were the next most dangerous, with 38 and 34 pedestrians being hit at each, respectively. While none of these intersections are downtown, that part of Los Angeles was still the most dangerous as a whole. It saw 659 pedestrians get hit during the 12-year span.

According to California’s Office of Traffic Safety (OTS) there were 2.2 pedestrians hurt or killed in crashes for every 100,000 daily vehicle miles traveled in Los Angeles County in 2013, which means that there were roughly 13 accidents involving pedestrians every single day. In 2013, Los Angeles had 76 pedestrians die in car accidents. The only city worse than that was New York; they had 132 pedestrians get killed because of being hit by a car.

If a lawsuit becomes necessary in order to recoup damages, it’s important to hire an experienced Los Angeles personal injury attorney for your case, like the professionals at Panish | Shea | Boyle | Ravipudi LLP who can ensure that the insurance companies give fair compensation. If you or a loved one was a pedestrian in an accident call our office in Los Angeles today at (310) 477-1700. Our pedestrian accident lawyers offer free and confidential case evaluations and serve clients in Los Angeles, Orange County, San Bernardino, Riverside, and all across Southern California.