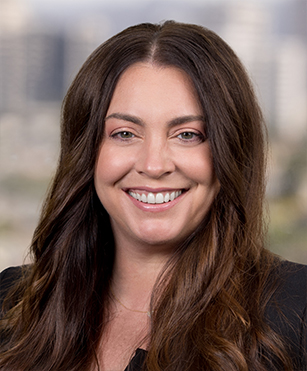 Lyssa A. Roberts is an attorney with Panish | Shea | Boyle | Ravipudi LLP who focuses her practice on catastrophic personal injury and wrongful death, as well as dangerous conditions of public and private property. She is deeply committed to the protection of the rights and interests of individuals who have been harmed by the negligent acts of others.

Ms. Roberts has extensive experience litigating single plaintiff lawsuits as well as cases involving thousands of claimants. A tireless advocate for her clients, she has secured hundreds of millions of dollars in verdicts and settlements over her career.  In 2019, Ms. Roberts and attorney Paul Traina obtained a $10,650,000 settlement for a man who suffered catastrophic burns as a result of an explosion due to a gas leak.

Presently, Ms. Roberts serves as the appointed Liaison Counsel in the Southern California Fire Cases litigation arising from the 2017 Thomas Fire and subsequent mudslide in Montecito that devastated families and businesses throughout Ventura and Santa Barbara counties. Additionally, she represents hundreds of wildfire victims throughout California, including those affected by the Thomas, Woolsey, North Bay, and Camp Fires. Her clients include many of the households who suffered the loss of loved ones as a result of these massive utility-caused wildfire events.

Ms. Roberts maintains an active trial practice, is a member of the American Board of Trial Advocates (ABOTA), and has been recognized for her service and dedication to the law. She is named among the Best Lawyers in America and the 2020 and 2021 Lawdragon 500 Leading Consumer Lawyers in the country. She has been named a Southern California Super Lawyer since 2018 and a Super Lawyers “Rising Star” from 2009 to 2017.

A native of Stockton, California, Ms. Roberts received her undergraduate degree in Political Science from Columbia University in 1999. She has worked as a plaintiff’s trial lawyer since earning her law degree at USC in 2004.

Ms. Roberts is a member in good standing of the State Bar of California and is admitted to practice in state and federal court as well as before the United States Supreme Court.